4 Positive Outcomes for Travel in the post-COVID era

Have you recently wondered about what travel will look like in the future?

No one can deny the severe implications COVID-19 has brought to the four corners of the earth. Our daily lives have dramatically changed over the past year in nearly all respects.

Daily life aspects we took for granted are no-longer parts of our routines. Our very basic rights of Freedom have been compromised in ways we never thought in the near past. Yet, we accept these rapid changes with not much resistance.

The fear for our health and our fragile lives has cast a thick veil of fog in our eco-system. A veil that is bound to float over our heads for more months to come.

Travel during the COVID-19 era has been hit the hardest in the past year. Personally, the lack of travelling has been the hardest to deal with.

The complications involved in travelling even to the nearest city have been disheartening.

There is still hope, however, for a brighter future. Not just for the Travel Industry, that according to Elizabeth Becker's - 'Overbooked: The Exploding Business of Travel and Tourism' - has 'annihilated' the $8 trillion global Travel Industry within a few weeks, but for many other industries too.

Let's all try to see this lock-down era with a more positive frame of mind! I know it may seem impossible, but trust me - there is a positive side.

At least for the Travel Industry. It will remain one of the top driving forces that shape the global economies with trillion € earning potential.

Why you may be wondering?

Τhe Travel and Hospitality Industries got hit the worst from this pandemic!

One should imagine these industries as ‘Disguise Masters’ – ‘Contortionist Champions’ and ‘Polymorphic’! Changing the shape and notion of Travel as we know it. Transforming themselves with a more concrete foundation and evolving with more respect towards the environment. Our very need and passion for Globe-trotting can only evolve into a much better version of these industries.

If anything, the repeated lock-downs we've all been facing over the past 9 months have given us time to reflect.

Time to think where things were going wrong or towards a direction that would inevitably lead to dire consequences. One such area was the Tourism and Hospitality industry.

Monstrous Cruise Ships with thousands of holidaymakers not caring about the deeply negative impact their never-ending partying left, despite their contribution to the local economies

Greece with some of its most popular islands (especially in the South), has been steadily welcoming millions of tourism over the past 20 years.

2018 was a record high of 33 million visitors with Athens and famous islands like Santorini and Mykonos holding a major share of these staggering numbers.

Do Travel trends for 2021 and beyond point towards a more Sustainable future for the post-COVID travel era?

I believe that we don't have much choice in the matter. When it comes to a more responsible way to travel all roads lead to sustainable resources.

For travellers, this can mean an increase in globe travellers demanding more responsible travel policies.

Greek islands are increasingly aware and are joining the effort to prevent the mass consumerism type of tourism.

Movements such as 'Save Oia' in Santorini are gaining huge ground and should epitomise how destinations are seen from visitors around the world.

More islands are adopting the 'Plastic-free' movement in a big effort to eliminate plastic use. Let's not underestimate how difficult it can be to radically change people's habits when it comes to plastic.

Common Seas a wonderful movement, a massive project and a hands-on approach to eliminate plastic from the world's seas has already stepped on the Greek South Seas.

Skopelos has initiated an effort towards the plastic-free goal

So far, glass and paper have been successfully recycled for the past 5 years. The local municipality is making steady progress to eliminate plastic use and aluminium. But it's proven to be a harder race to win and a logistic nightmare. Let's be optimistic that Common Seas will eventually help the Aegean Sea and other areas to eliminate the Plastic nightmare.

Energy-friendly and using appropriate resources. Harnessing the power of the sun for our guest's needs.

Greece has over 300 days of sunshine. Sun power and free energy that is yet to be used to its full potential. Many more households and businesses have been adopting the Solar Panel path for hot water needs. Different governments have been strategically using European grants for the last few decades to encourage people to turn into more energy-efficient ways of managing their household/business needs.

Skopelos Country Villas have been using Solar Panels from the 1st day of operation to provide our visitors with plenty of hot water.

Alternative Tourism - the way Travel should be

This form of tourism is not something new. The notion of taking advantage of alternative forms of tourism for the sake of the environment and local communities has been around for decades.

As with most travel-related products, however, it has either been misunderstood or not used for its true power.

We will all be judged for the actions, (or lack of), we took towards saving the environment.

Whether we are travellers or business entities we should take one step at a time.

Every small action we take towards alleviating the massive impact Tourism can have on our planet, the better off future generations will be.

As with every huge undertaking, when we target one piece at a time, it becomes much easier to complete.

For an island like Skopelos, (known as 'The greenest island in the Mediterranean'), it would be unfathomable not to promote more diverse and responsible types of Alternative Tourism.

The island has a big network of paths crisscrossing its entire surface.

Walkers and hikers have been enjoying these paths for many years. Sadly though, the majority of visitors are flocking towards the island's beautiful beaches instead.

We need to achieve a better balance between tourism as we so far perceived it and as it should be transformed going forward.

Skopelos Municipality has recently announced that it has plans to expand and improve its network of hiking paths. In addition, it will also further develop and survey new Biking routes. Overall, these routes will expand beyond the 100 km mark in total. They will connect lesser-known areas and hamlets with monasteries and protected 'NATURA 2000' areas.

These initiatives will further encourage younger generations of visitors to adopt a more active style of tourism.

These types of activities, help promote a healthier lifestyle, away from beach bars and drinking endlessly under the baking sun.

Many visitors that have already been to Skopelos Country Villas already know our strategic location. We are at the heart of Skopelos Countryside. Encouraging walks and mountain bikes. We will also offer 'packaged rates' that include the rent of Mountain bikes if you need to give yourself an extra push.

Our aim at Skopelos Country Villas is to explore the beauty of the area and beyond.

The above are only a few examples of Alternative Tourism types. Others include visits to the churches and monasteries of the area and the rest of the island.

More examples are worthy of their own future post on how Alternative Tourism can transform the local communities and help reshape future travel.

Travel trends in the post-COVID era point towards a slower form of holiday. Forget about the rushed, long-weekend, or even weekly flights overseas.

Most of us will not get back to having 2-3 holidays per year for the next few years. As a result, there will be more travellers looking for a 'Once in a year' quality break away from home.

It is a perfect opportunity to be more knowledgeable and responsible about the places we visit.

To get to know more about the local cultures we will interact with during our holiday.

Mix with the local community and see the place through their eyes.

Create meaningful relationships with locals that will alter and also fortify our memories about these destinations.

Local businesses, on the other hand, should be changing their pricing models to cater to more longer-term stays.

Create offers that will empower more travellers to stay longer. 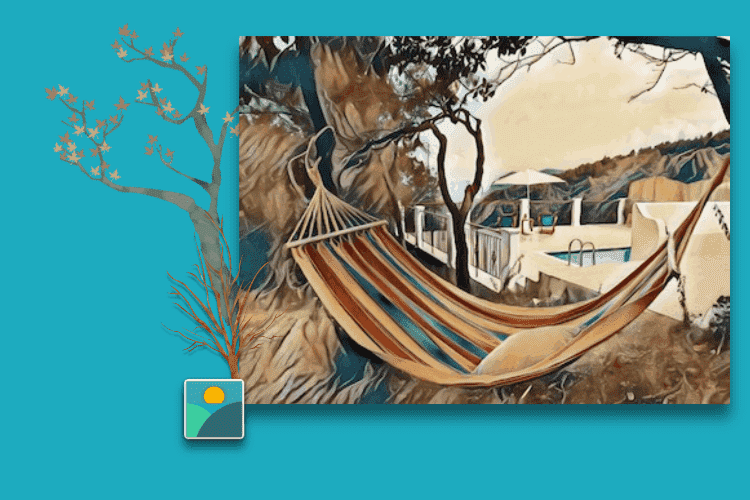 Not certain if this will be a Travel Trend for 2021 and beyond or more like a necessary precaution.

Big All-Inclusive's and even traditional hotels will be hit the hardest than any other type of accommodation.

People already feel the need to be in a more secure environment. They need to have the necessary space.

It acts as a safety zone for themselves and their families.

Imagine walking out of your villa, having plenty of private space to spread and enjoy the sunshine.

Relax by the pool and submerge your subconscious to the panoramic views and sounds of nature.

Visit Skopelos town, enjoy the waterfront areas. Walk in the maze of streets and greet the locals.

No matter how you decide to spend your day, you will always come back to the safe haven of your villa in the country.

Closing thoughts of an optimistic future of travel

We should not think of our care-free travel days as a 'thing of the past'.

This would mean surrender to fear and pessimism. We can transform it into more powerful, meaningful experiences.

All it will take is a small step from each one of us to change towards a more responsible future.

A future that doesn't look that different from a distant past, where early explorers did exactly that.

Demand from airlines new measures to control climate change. Measures that can have tangible, positive outcomes against CO2 emissions.

Support organisations like Common Seas and Mission Blue, in their cause, to fight and keep our oceans and seas free of plastic and pollution.

No, we can't go back to our old, irresponsible selves. We need to seize the only good opportunity COVID-19 offered us to Pause and Reflect and drastically change our future.

What you could be reading next:

Did you enjoy this article?

This site uses Akismet to reduce spam. Learn how your comment data is processed.